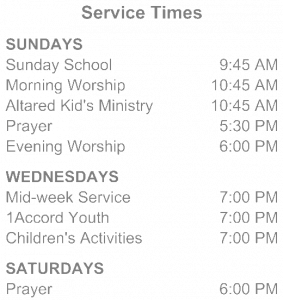 Video of the Service
A Living Sacrifice
Romans 12:1-2

Audio Only
A Living Sacrifice
Romans 12:1-2

We invite you to come and worship the Lord Jesus Christ with us on Sundays. Our Sunday School classes and Morning and Evening Worship Services provide a great opportunity to worship Him through music, fellowship, prayer, and hearing and responding to the Word of God. We celebrate the Lord with psalms, hymns, and spiritual songs. We encourage each one to worship in the most comfortable manner and to listen to the Lord speak through the message of Biblical preaching.
We look forward to meeting you as you join us on Sunday or in any of our other services! 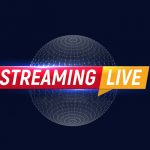 For those who remain uncomfortable with attending our services or are unable to travel safely, we continue to live stream the Morning Worship Service and post the audio of the Mid-Week Service. Click here or on the image to the left for the live stream of the Worship Service.

Prayer Focus for May:
Local, State, and National Leaders

Therefore I exhort first of all that supplications, prayers, intercessions, and giving of thanks be made for all men, for kings and all who are in authority, that we may lead a quiet and peaceable life in all godliness and reverence. For this is good and acceptable in the sight of God our Savior, who desires all men to be saved and to come to the knowledge of the truth  I Timothy 2:1-4

Ukraine is in Eastern Europe, bordering the Black Sea, between Poland, Romania, and Moldova in the west and Russia in the east. About 78% of the people are Ukrainian and 17% Russian. Ukraine’s population is overwhelmingly Christian; the vast majority – up to two thirds – identify themselves as Orthodox and the Ukrainian Greek Catholic Church accounts for 8-10%. Muslim and Jewish adherents each compose less than 1% of the total population. Teen Challenge Ukraine has been active since 1992 and currenly have 26 Coffee House support groups. They have joined efforts with more than 30 rehabilitation centers and churches throughout Ukraine.

A podcast empowering women to see their value in the eyes of God. Updated every Monday. Click here or on the title above to listen.

Verse of the Day 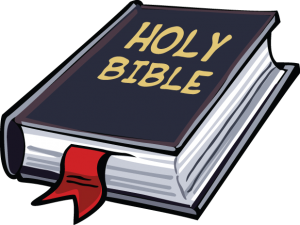